This interview was published in an edited form in "Gregorian Champ," National Catholic Register Nov. 18 -24. 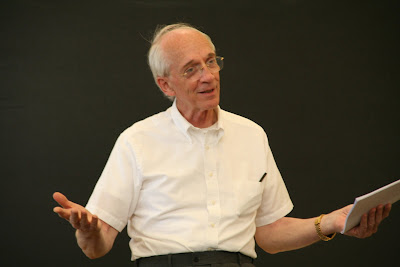 In 1963, William Mahrt was a Stanford graduate student when he joined a new choir just starting at St. Ann Chapel in Palo Alto, California. Today, Mahrt is a professor of music at Stanford and director of the St. Ann Choir. Two years ago, Prof. Mahrt became president of the Church Music Association of America.

Back forty-four years ago, the St. Ann Choir’s founder, the late William Pohl, started a program of Gregorian chant and polyphonic music that the choir has continued to this very day—even while the kind of music the choir sings has been out of favor in much of the Catholic Church for most of the ensuing years.

The election of traditional Church music lover Benedict XVI to the papacy is bringing a thrill of hope to people like Mahrt, the CMAA, and others who persevered in performing this kind of music. These days, the pendulum of Church music appears to be swinging back towards greater inclusion of the traditional forms. Where that pendulum will come to rest is a matter of intense speculation by interested parties on both sides of this issue.

Some definitions: Gregorian chant developed as an intrinsic part of the liturgy of the Catholic Church, and it is unique among all the types of music that can be used in the liturgy because it has always been used only for worship. Some refer to Gregorian chant as “sung prayer.” Purely melodic, it is sung by one or several singers. It does not use harmony, counterpoint, or any accompaniment. Polyphony is unaccompanied multi-voiced music that developed from chant. Gregorian refers to Pope St. Gregory I, the Great (540 - 604), who may have played an important (sometimes disputed) role in the arrangement of the chants. In 1903, Pope St. Pius X proclaimed that Gregorian chant and sacred polyphony were the official music of the Roman Catholic Church’s liturgy.

Q: What is the CMAA?

The Church Music Association was formed by an amalgamation of the Society of St. Caecilia (founded in 1874) and the Catholic Choir Masters Guide (founded in 1913) shortly after the Vatican II council. So we are quite a longstanding organization.

The purpose of the Church Music Association has always been the cultivation and improvement of music for the liturgy. Its focus is Gregorian chant and the classical polyphony of tradition in the context of the liturgy.

Q: What would you say to people who believe that Vatican II documents mandated that Latin, Gregorian chant, and polyphony, and the organ were no longer to be used?

So, one of our campaigns is to increase the use of Gregorian chant for the regular services.

Another point that comes from the council is that polyphonic music has a special role, a privileged place in the use of the Church.

The Constitution on the Sacred Liturgy and the 1967 document “Instruction on Music in the Liturgy,” “Musicam Sacram,” also had this to say:
• The use of the Latin language is to be preserved in the Latin rites.
• The treasure of sacred music is to be preserved and fostered.
• The pipe organ is the canonical church instrument. It is to be held in high esteem because it lifts up man's mind to God and to higher things.

Q: Does the CMAA want to make chant and polyphony exclusively used?

We want chant and polyphony to have the priority that was mandated by the 2nd Vatican council, not necessarily to be exclusively used.

Q: What is the CMAA accomplishing?

We publish the journal Sacred Music that has been under my editorship for about a year and a half. Sacred Music is a continuation of the journal Caecilia that was started by the Society of St. Caecilia in 1874, so we rather proudly claim that Sacred Music is the oldest continuously published journal of music in North America.

The journal addresses issues of both the tradition and the gradual incorporation of better music into contemporary liturgical practice.

We have a Sacred Music colloquium every summer and that colloquium is growing by leaps and bounds. In 2006 we had something like eighty people. This past June [2007] we had one hundred and forty, and we turned away a hundred. And we anticipate larger numbers next year.

We are moving the colloquium next year from Catholic University of America in Washington, DC to Loyola University in Chicago, where the facilities will accommodate the larger number of people we expect.

Priests, choir singers, congregation members, choir directors, and organists are coming to this colloquium seeking ways in which they can improve the quality and the sacred character of the music they are doing in their churches today.

We also present workshops. For example, this Fall we are holding a seminar for clergy on October 17-19 at St. John Cantius Church in Chicago on how to sing their parts of the Mass. The seminar will include training in singing both the new and old forms of the Roman Rite.

Q: What future aims does the CMAA have?

With Pope Benedict’s initiatives about the liturgy, there is an increased awareness of the importance and the beauty of the Latin church music and of the need for the music to enhance the sacred character of the liturgy.

We hope that the increased interest in the traditional Church music and in the sacredness of music of the liturgy will grow. And we hope that we can assist everyone who needs it to find the appropriate ways of improving their liturgies.


[It’s probably fitting to let Pope Benedict XVI have the last word:
I am convinced that the crisis in the Church that we are experiencing today is to a large extent due to the disintegration of the liturgy . . .. This is why we need a new Liturgical Movement, which will call to life the real heritage of the Second Vatican Council. Milestones: Memoirs 1927-1977 (SF, CA: Ignatius), p. 149.]


For more information on the CMAA, its colloquium, and its other resources, see the CMAA website

For a collection of quotes by Pope Benedict XVI on sacred music and the liturgy, see: Benedict on Music.

Roseanne Therese Sullivan is a San Jose writer, photographer, and artist, a secular Discalced Carmelite, and a singer in The St. Ann Choir. You can reach her at the Catholic Pundit Wannabe blog . 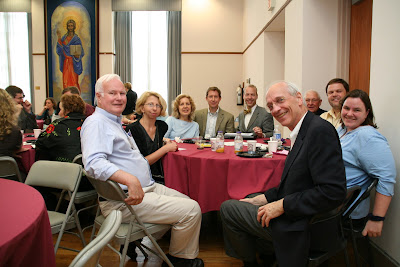 Blessed Fra Angelico, Patron of Artists, and Model for Those who Would Paint Christ 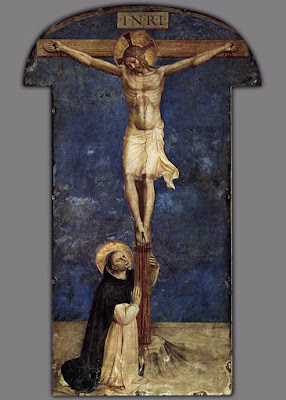