Sudden World-Wide Adulation of a Man Who Rose from Nowhere: Where Have We Seen This Before?

Early in the dystopian fiction Lord of the World, the people of London are in terror at the imminent prospect of world war that promises mutually assured destruction. The terror is replaced by a collective flood of immense relief when an unknown but powerfully charismatic State Senator named Julian Felsenburgh from Vermont suddenly comes on the scene and averts the war. There is no way to determine whether or not the danger of war had been real or manipulated news, but almost everyone is swept into hailing Felsenburgh as a Humanist Messiah, the bringer of peace on earth.


A newspaper speaks of Felsenburgh as probably the greatest orator the world had ever known, even though when he was done speaking the reporter could not remember what Felsenburgh said. Felsenburgh quickly becomes President of Europe, then President of the World. He is finally honored with the titles of Lord of the World and Son of Heaven.


Before too long, even though he claims that religious belief is the source of all wars, Felsenburgh’s peacemaking turns to violence when it suits his ends. He attempts to destroy the Catholic Church by destroying Rome, where most of the world’s remaining Catholics have gathered around the Pope. After a new Pope is elected and flees to Israel, Felsenburgh reveals his own true identity as the anti-Christ and launches the final battle of Armageddon with all the nations of the world lined up beside him.
Much earlier in the book, two of the characters in the Lord of the World have a conversation about Felsenburgh:


"’Not more than thirty-two or three. He has only been in office a few months. Then he stood for the Senate; then he made a speech or two; then he was appointed delegate, though no one seems to have realised His power. And the rest we know."


Most of us can recall a similar happening in real life in 2004 when an obscure young Illinois state senator—whose first bid for the Congress had failed—suddenly appeared on the political scene and rose like a meteor. When Barack Obama gave the keynote address at the Democratic National Convention, and the media extravagantly hailed him, I remember thinking, "Who is this? And why is the press practically bowing down before him?" I’m not the only one who wondered. The Philadelphia Daily News headlined on the morning of Obama’s keynote address: “Who the Heck Is This Guy?”


Barack Obama was 42 at the time. His DNC speech catapulted him to victory in his campaign for a United States Senate seat. A short four years later, he was elected President of the United States.


This report tells what happened after Obama hit his rhetorical stride during the DNC keynote speech, “The crowd was rapt; some even wept. It was like he had 10,000 sets of eyes, ... like he was looking into everyone’s eyes and talking one-on-one with everyone in the room.” That night and on the following days the media was full of “insanely hyperbolic descriptions” of Obama’s “eloquence.” In the days afterwards, Obama’s campaigning took off. One of his own staffers said, “I’m thinking, What’s going on here? Something’s happened-this is no longer about Barack Obama running for the Senate; this is something bigger.”


That reads quite a bit like the newspaper report of the London crowd’s reaction to Felsenbergh’s speech after the real or manufactured war danger had been averted and made him a hero in the world’s eyes: “Many were weeping silently, the lips of thousands moved without a sound, and all faces were turned to that simple figure, as if the hope of every soul were centred there. So, if we may believe it, the eyes of many, centuries ago, were turned on one known now to history as JESUS OF NAZARETH.” The article goes on to say of Felsenburgh "he, whom we call, in truth, the Saviour of the world.”


It took an enormous effort for even the very holy character Father Percy Franklin to resist joining in with the adulation of Julian Felsenburgh when the priest was briefly exposed to the politician in a huge gathering. “His emotions had been stormed, his intellect silenced, his memory of grace obscured, a spiritual nausea had sickened his soul, yet the secret fortress of the will had, in an agony, held fast the doors and refused to cry out and call Felsenburgh king.”

I too have felt a bit same kind of attraction in spite of myself on a smaller scale when I occasionally have watched President Obama speak.

In 2004, this one-term state senator from Illinois took the stage to deliver the keynote speech at the Democratic National Convention in Boston. By the time Barack Obama had finished speaking, Democrats across the country knew they had seen the future of their party.


I am neither claiming nor implying that Barack Obama is the anti-Christ. I’m pointing to his spectacular rise to power as an example of how wild adulation for a charismatic figure who seems to promise to solve all our woes is clearly still possible in our own age. We remember from the history of the mid-twentieth century that irrational waves of adulation for a single man brought men like Hitler to power, and the cult of personality kept them there.

Here is one more striking coincidence between the fictional character and the real one. Remember that then-Cardinal Ratzinger said of the fictitious Felsenburgh: “The anti-Christ is represented as the great carrier of peace ....”

Very shortly after becoming president in 2009, Obama was given the Nobel Peace prize October 9, 2009. Many wondered what he had done to even remotely deserve the honor. The New York Times reported that the head of the Nobel Peace prize committee shrugged off the question of whether "the committee feared being labeled naïve for accepting a young politician’s promises at face value,’ and stated that "no one could deny that 'the international climate' had suddenly improved, and that Mr. Obama was the main reason...'We want to embrace the message that he stands for.”


“And, of course have not we all seen in recent time the rise of a political figure who seemed to rise from nowhere of whom the populace knows virtually nothing of his background, who upon his mysterious appearance on the world stage has been greeted both in the the U.S. and abroad with adulation bordering on the Messianic and seems to be the first leader of "Globalization," attempting to eradicate the barrier between traditional nation states and with a social agenda regarding the Life issues that could not be more anti-Christian and with a clear animus against the Catholic Church?—Father John McCloskey in “Introduction to Benson's ‘Lord of the World’" at CatholiCity.

This post is a modified excerpt from an article I just submitted about Robert Hugh Benson's 1907 dystopian novel Lord of the World for the next issue of The Latin Mass journal. The article is titled, "A Dystopian Fiction Dubbed Prophetic by Two Popes: Part II of “Three Books for Catholics Contemplating the Times in Which We Live." It is the second in a series that looks at three books: 1, the first Utopia written the early sixteenth century; 2, an early dystopia from the early twentieth century, and 3, an historical account of twentieth century Communism in Shanghai, China, which was published in the early twenty-first century.

Taken together, the history of these three very different books and the events they portray show us—each in its own way—how an attractive ideology that promises to create a perfect man-made society will inevitably go badly wrong when God is left out.

O Antiphon For December 23: O Emmanuel, O God with Us 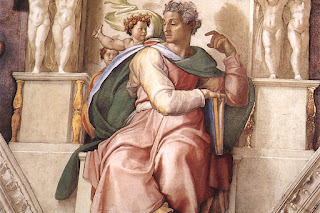